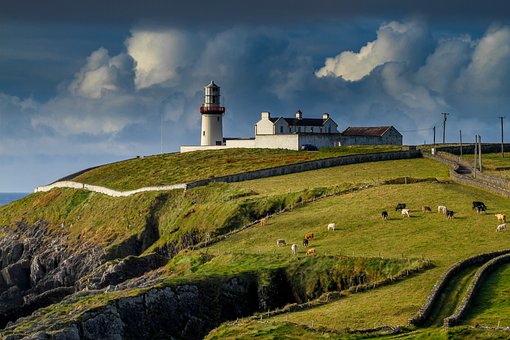 You can find all the information relative to the Erasmus+ Program 2019-2020 on the web: www.iesjoanramis.org
Posted by InformàticaRamis at 4:46 AM No comments:

The next year we will participate, for the mobility of Erasmus +, in the consortium of Conselleria d’Educació from Balearic Islands  in the Erasmus + KA102 "EuroFP Balears V" project.
This project has been validated with a score of 94 out of 100 and funded with € 1,153,946.00.
The consortium has achieved a total of 460 mobility grants during the 2019/20 and 2020/21 courses to be distributed among 45 High Schools.
This budget will allow the participating educational centers to offer FPB, CFGM students and teachers a total of 460 mobility grants.
From Ramis we hope to send 2 students to Portugal, to our partner CBTalents.

1.- Describe the place where you have done
your practicals
I do the internships at a business center called Tagus Park. Within this center there are more than 300 companies with their own offices, in my case, I work at CBTalents, a company that mainly does international recruitment for clients such as Apple, Microsoft, etc. Although this is not his only area, since we can find things like the CBT Academy, where they offer free programming courses, and that when they are fulfilled, they give 100% confirmed work for those who completed the course.

To get to the business center everyday, I’m using a Lisboa Viva card, charged with the “Metropolitano(metropolitan)” service, which is 40€ a month and you can travel with all transports companies in all the 18 municipalities of Oeiras, this means if I want, i could grab all the trains,buses,metros and ferryboats I want, for just 40€ a month. 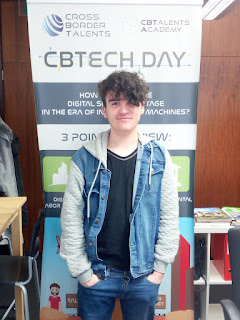 2.- Where were you living? How was the food?
I live in Porto Salvo, a town/city that is almost as close as possible to Tagus Park, though in the part that I live in there is no restaurants, It hasn’t prevented me from going to other places like Lisbon, for example, and eat there. The food works different in Spain: In Spain we are used to eat two dishes, the first and the second, whereas here this does not exist, there is only one dish, which is usually much larger than in Spain. As popular foods in Portugal we find:
- Soups such as main foods (they are so eaten to the point that including fast food chains, for example ... McDonalds, make soups)
- Seafood(Called “marisco” here.)
- Cake with cream as a dessert, which is commonly called Pastéis de Nata(this one is very typical in Portugal. And delicious! As a recommendation, whoever goes here, I recommend the place called Pastéis de Belém, which is always very filled with people, so you will have to deal with queues, but they are dedicated to making this dessert only, and you could eat them hot, not to mention that it is the most recognized place when talking about the Pastéis.)
- Boiled chestnuts (almost all of Lisbon are found on street food carts where people sell it, as a curiosity, this food seems to be inherited from the Galician people, since there is also boiled chestnuts in Galicia, and they’re also commonly eaten).

What is also widely used in Portugal are applications such as Uber Eats(in the place I live these things don’t exist), which are used to order any type of food from any place you want, including restaurants, with so many options to choose from (there is Chinese food, Hindi ... and not only in the app, but also in the shopping centers, in which there are usually millions of food chains) I am sure that more than one person does not eat much Portuguese food due to this.

3.- Do you think you were well prepared for the task you
did at work?
Of course. Work is literally just things that I learned during the course and that they have helped me a lot to develop my work.

4.- Which cultural things you found more different
between Spain and Portugal?
As of curious cultural differences, two could stand out, the second one is not so cultural, but still interesting.
- People are very grateful, so if you do not say the famous "Obrigado" or “Bom dia / Boa tarde / Boa noite" when you start a conversation, I am 100% sure they will think you’re not educated.
- The days here follow a somewhat peculiar order, for example, in English we have these days, and in Portugal:

As you can see it is quite an odd order. They start from monday with the term “segunda” which translates to second, and feira which is day. Then they follow the order: second, third, fourth, fifth and sixth until Saturday and Sunday, which have their own names, heredated from Spanish.

5.- Will you go back to Portugal?
Yes, I'll be back and I'm 100% sure of that. Portugal is a lovely place (maybe I liked it more because it was the first time I left Spain, too.) And therefore I think I'll be back, although I do not know if in the same zones or in the northern area.

Posted by InformàticaRamis at 3:52 AM No comments:


Following the links you can read interviews (last one in English) with the students.
You can also read online the project sumary here

Posted by InformàticaRamis at 12:55 AM No comments:

Our student Joan Peláez, has been doing between March 26th and June 5th 2018 an Erasmus+ traineeship in Portugal, at the company CBTalents (CBT - www.cbtalents.com).

CBT is a company that works hard to improve the world of work. Their ambition is to contribute to solve the skills shortage challenge through consistently facilitating employment transitions in increasingly volatile and complex labor markets.

The goal of the stay was to carry out the mandatory internship – on job training -  to obtain the degree in "Microinformatic systems and networks". It was embedded in an Erasmus + KA102 project (VET Mobility)

Joan also got a direct knowledge of the real working-place dynamics. He had to Interact with colleagues from other countries, in Portuguese and English, both in person and in videoconference.


Joan has lived in Oeiras, not far from his working place in TagusPark. He had some house mates from different countries and he could improve his language skills with them as well.
After his stay, Joan did a Portuguese language level test and he got a B1 level.

Interview with an Erasmus+ student in Portugal - 2018

Posted by InformàticaRamis at 12:09 AM 2 comments:


Our partners in the project are:
Project summary:


Our High School, IES Joan Ramis i Ramis is located on the island of Menorca and it offers two vocational studies in Computing Science (Intermediate and Higher Level). We are convinced that the mobilities of students and teachers allows the improvement of their technical and language skills, as well as their personal growth. Besides, it provides new experiences and the knowledge of the European cultural diversity.

Our institution has some experience sending students for a practical training and we have recently finished two Erasmus+ projects. For the moment our students have been doing stages in as diverse locations as Finland, Portugal, Italy, Wales and Germany. More information at our blog: http://ramisinternacional.blogspot.com.es/2017/01/alumnes-que-han-participat-en.html.

We have also experience receiving in our center a German expert in Web design and programming and also sending a teacher to the UK for training.

In the current project we want to send “Technician in Microcomputer Systems and Networks” students to our partners in Portugal with ErasmusPro. Before the students go there, one of our teaches will do a preparatory visit to the hosts companies. Our students are selected by mastering their technical knowledge, having a good English level to do their traineeships and being young, mature and enthusiastic people. We also appreciate their interest in learning the Portuguese language and the culture of our neighbor country.

Besides, the projects suggest the mobility of two of our teachers to our partners in Portugal to do a Job Shadowing visit. This would allow them to have an immersion in a real job environment adapted to the XXI century. Afterwards, they will be able two transmit their new knowledge to our students. Finally, we request the mobility for teaching of an expert to come to our institution. He or she would come to show students and teachers new the technologies related with our studies. We would include an event with local experts selected from the companies that cooperate with us for the practicals that our students do as their last subject: On Job Training.

Our center has a Quality system integrated in Google Drive. The Mobility Commission has managed for more than 8 years the European practicals of our students, the Erasmus Charter for Higher Education, and the new Erasmus+ projects. Everything is done in a transparent way and is published in our Mobility Blogs:

The expected result is the awareness of students that it is realistic to do a practical training abroad or even work in another European country. These are very enriching experiences, both personal and professionally. We have already some experience, as we have ex-students working at the UK that encourage our current students to follow their steps. We also expect to improve the linguistic knowledge of our students, especially in English.

Our goal is realistic: to have more students interested in the following years in participating in European projects. In this way, the impact of our activity will grow, and when our students start their professional career, they  will be able to transmit their experiences to the companies where they will work for.

In the long term and also thanks to other High School programs, as the Linguistic Plan (that allows teaching non linguistic subjects in English, in secondary education), we expect to have students with better language skills and more prepared to be updated in the last ICT technologies.

The project and its results will be promoted in our Blogs, Twitter, press releases and the platforms Etwinning EPALE and School Education Gateway. We are open to find new host companies and Educational Institutions of ICT to interchange students with them.
Posted by IES Joan Ramis i Ramis at 2:45 AM 3 comments: